Arlington, VA to Natural Bridge, VA
It takes some time in traffic to get out of these suburban sprawl areas. I made some good time and stopped off of the highway in a little area near a storage unit. It looked pretty empty, so I got off my bike and sat down on a wooden trailer that was resting in the shade. I was able to rest my helmet and my tunnel bag on it, eat some raisins and nuts, drink water. Then out of nowhere a pickup truck comes by and backs up to that exact trailer, the only one in the whole neighborhood and starts hitching it up. In the truck were two twentysomething men and a woman, and they didn't say a thing to me. I just got up and gathered my stuff up.
One of the limiting factors in long riding is butt pain. Even with the Airhawk cushion, after a couple of hours there is no comfortable position. Fortunately taking a break and walking around a little solves this. I might stop and get a pair of bike shorts with a gel insert. Sometimes it seems like long-distance riding is a matter of balancing out things that hurt. Your feet can hurt on the footpegs if they are in the same position for too long, your butt can hurt, your back can hurt. My neck and shoulder hurt all the time so I stretch to the side while I'm riding. Sometimes everything is fine and you reach a wonderful flow state: beautiful scenery, a kinesthetic feeling from leaning the bike in and out of turns, nice smells from being out in the country.
Towards the end of the day I found a campground, um, that is a Kampground, a KOA. It was actually very nice. I had set my tent up once in my apartment and was glad that I did because the diagram for how to set it up was slightly wrong. The area where you are supposed to pitch a tent was covered in coarse gravel so I was glad to have a "footprint" for the tent. At night I felt a very sharp object poking up from the tent floor. It turned out to be a tent peg that had been set in the gravel and broken off. I reached under the footprint and put a small canvas bag between it and the tent floor.
I was also glad to be using a 3-person tent rather than a one-person tent, it make it much easier to stow my gear. 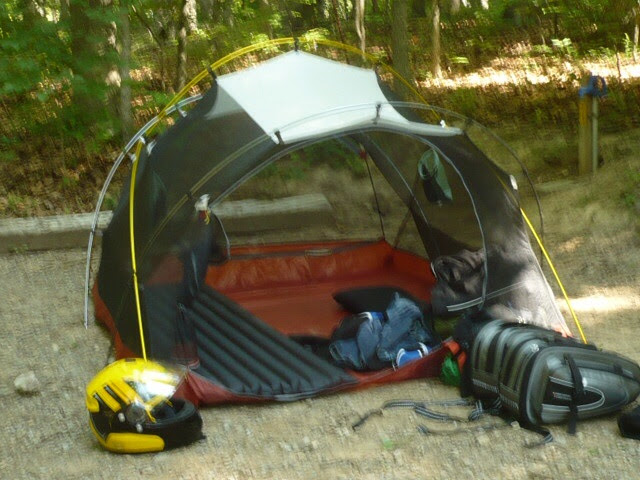 I used these hanging baskets to keep track of my wallet, keys, iPhone, et. al. 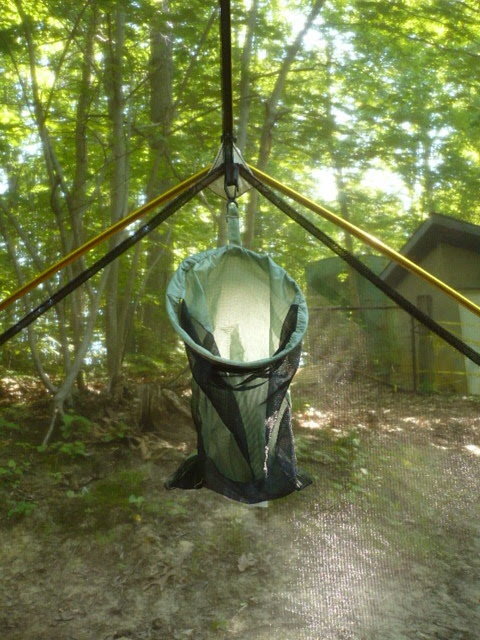 I ate dinner at the Pink Cadillac Diner, which was Elvis-themed but had this weird Humpty-Dumpty statue. 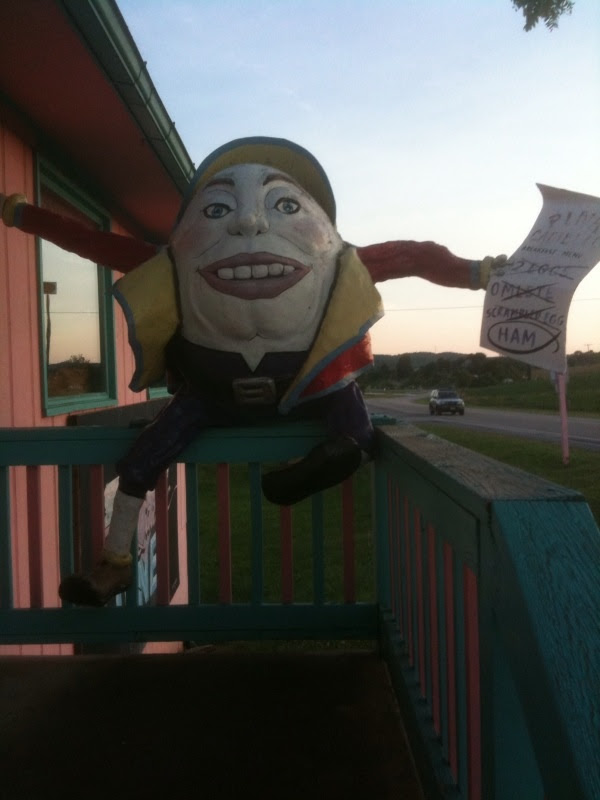 Nyaaaaagh!!!!!!
Despite this I had a good dinner of "prime rib" and I enjoyed the North Carolina twilight on my ride back to the campsite. The site cost $25/night, seems like a lot but the Comfort Inn had been $99.
In the middle of the night I heard what sounded like a bear in the woods near my tent. I got up and moved any foodstuffs into my top-case. I used an Off Clip-On gizmo to keep bugs away when I was doing stuff like this. However in my tent I had two spiders, a cricket and a pillbug. There were bugs everywhere. I felt particularly bad killing the bigger spider - I woke with something crawling on my though and I just reacted.
Thankfully I didn't have insomnia, despite the bugs and imagined bears.
- Posted using BlogPress from my iPad
Posted by archeopterix at 4:57 PM