Arlington, VA to Arlington, VA
When I woke up it was raining so I decided to stay off the scooter for the day. Before I left on my trip I had tried a yoga class and it was. super-tough. Try doing a pushup and then lifting an arm and a leg while you are holding the position. I've got a C6 disc injury in my neck and it seems like my neck and shoulder are always hurting when I'm riding. So I tried a sort of yoga-lite, just doing some stretches and calisthenics.
After doing that I went for a jog in the rain. I thought I went about 4.5 miles - it turned out to be 2, dammit, but with a lot of hills. Still not bad for someone who hasn't jogged for years.
It was good to see Jim, he is doing well but working too much. 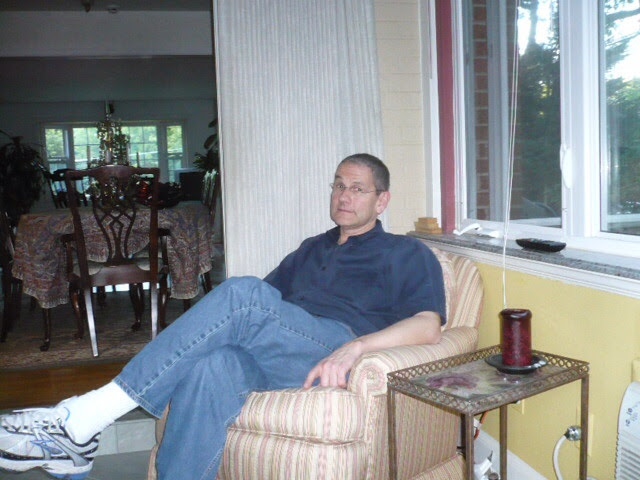 At night I went to Hi Cue" billiards in Arlington. It's located in a Hispanic neighborhood and has two 12" snooker tables. Snookerscore! 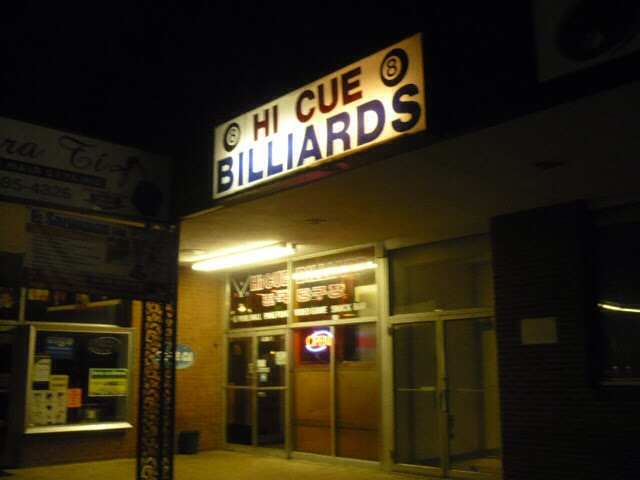 It was like a mecca, with high ceilings and good equipment. Not many people were playing. They had the iconic poster of Jeannette Lee which is also at Amsterdam Billiards in NYC. 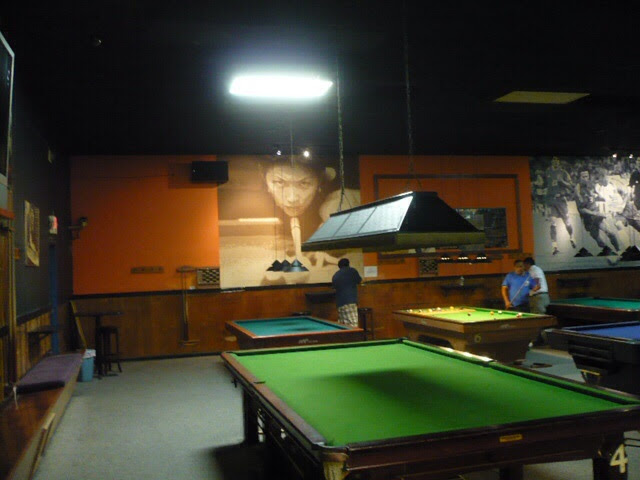 Check out that big-azz snooker table in the foreground.
Some Hispanic guys where gambling at the table next to me. I also saw a type of pool I had never seen before, called "Pool Kino". It involves shooting pool balls up onto a wooden platform that has indentations that are worth different points. You can barely see it in the background towards the right of the photo above I didn't want to be too aggressive taking pictures because of the gambling going on.
I talked to the manager, he grew up playing Snooker in Hong Kong. He said that the local economy was very bad and they were hoping to get a liquor license so they could make money.
My motto for Snooker is "an education in every shot" because there are so few "gimees" in snooker. When you are shooting a corner-to-corner straight shot you can be looking at 14 feet of green. If you aren't careful you can miss badly. Sometimes you hit the wrong side of the ball that you were aiming at. If you shoot too hard you lose all chance of making the ball on the next shot so it's good training for speed control too. 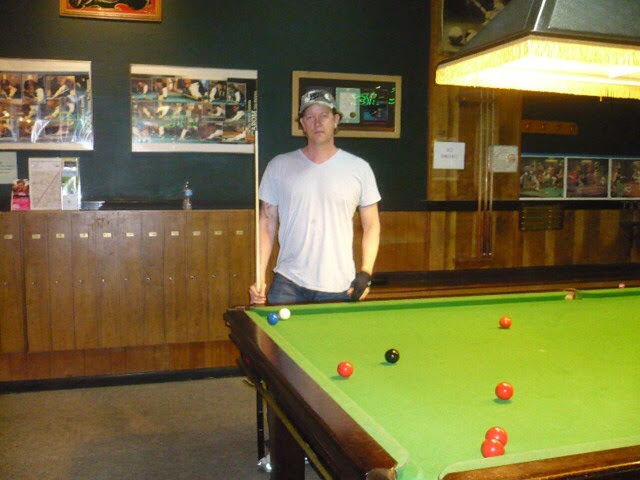 That's me about to pot the red :-)
Got back to Jim's late and then tossed and turned all night. I have been having a problem with insomnia. At 6 a.m. I took half a Xanax and got a couple of hours of sleep.
- Posted using BlogPress from my iPad
Posted by archeopterix at 4:58 PM