I left Rocky Mount pretty early for me. I got sick of I-95 pretty quickly. I later found out that one of my earbuds had torn, so I was getting a lot of road noise. I brought a spare pair but they turned out to be the wrong size. I ripped out the core of one with my teeth, but that ruined it. I gently prised the core of the other one out and fit it on the headphone: 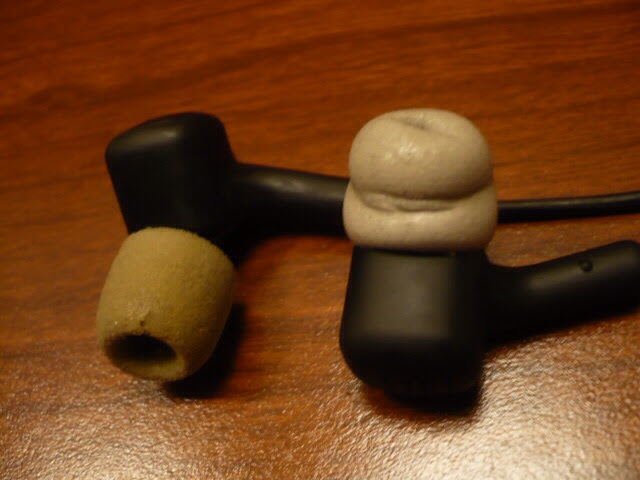 Not great, and you couldn't hear much out of it without that core, but serviceable.
I told my GPS to "avoid interstates" and it took me through a little town, then back on the interstate. The Garmin Zumo is unpredictable. It then took me on some fantastic little byways. I call roads like this "enchanted forest" roads: 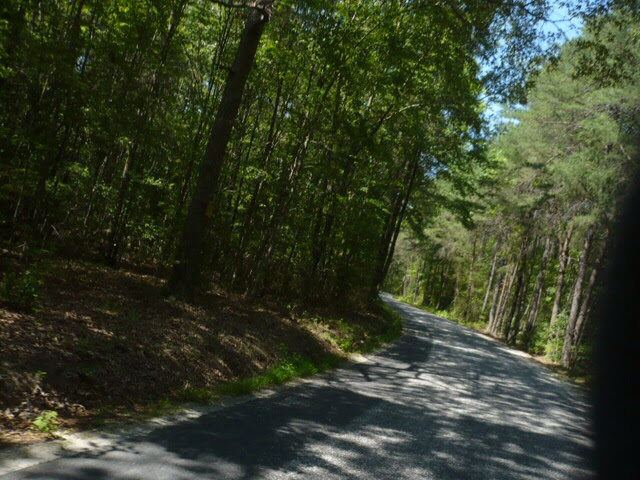 Twists and turns and no cars, heaven.
Other roads were flanked by corn and I think tobacco. Here are some more photos: 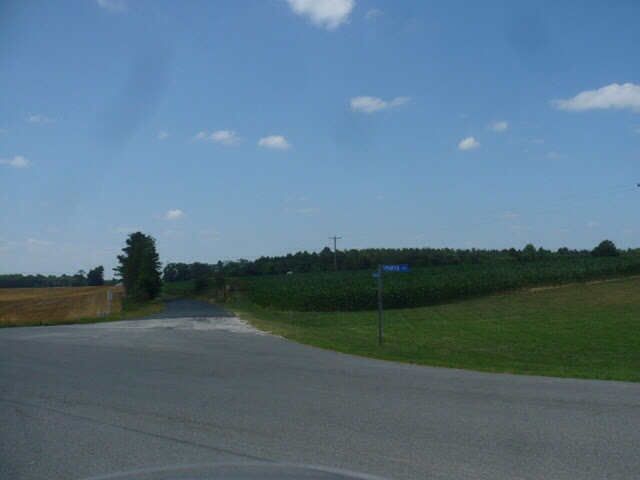 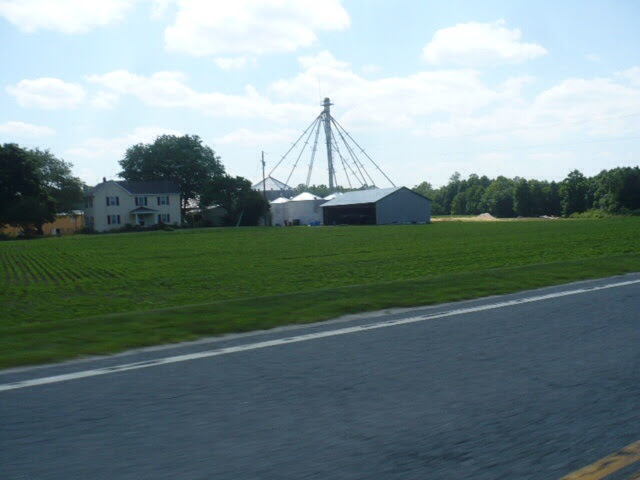 I later learned that Western Virginia and Maryland had been tobacco-growing regions since the 1600's, and that tobacco had saved the lives of the colonists, since many had failed at growing traditional crops, and there was a high demand for tobacco in England.
After about 30 miles of 2 lane enchanted-forest roads, I turned left onto I-17, a two lane highway. But no, it turned out to be a four-lane highway separated by a median strip thick with trees - I was going the wrong way down the highway! I saw a car and a truck coming straight for me at high speed. I peeled off onto the shoulder with my heart going at 200 beats per minute. Turned the bike around and then U-turned back to the correct side. There had been no "Do Not Enter" signs and you could not see the other part of the highway because of the trees. Whew!
My brush with death made me very hungry and I soon found a BBQ place: 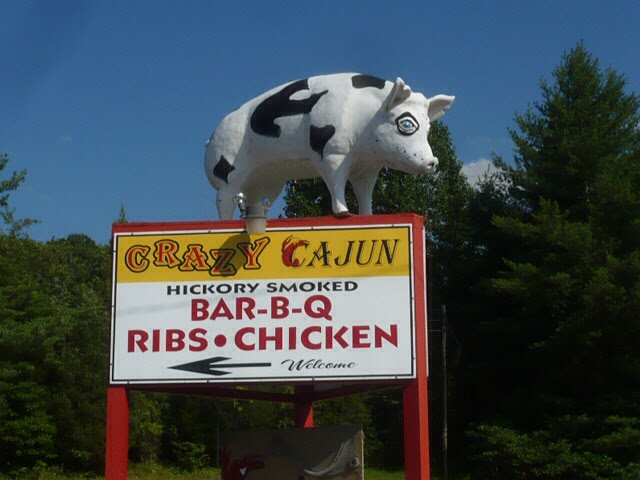 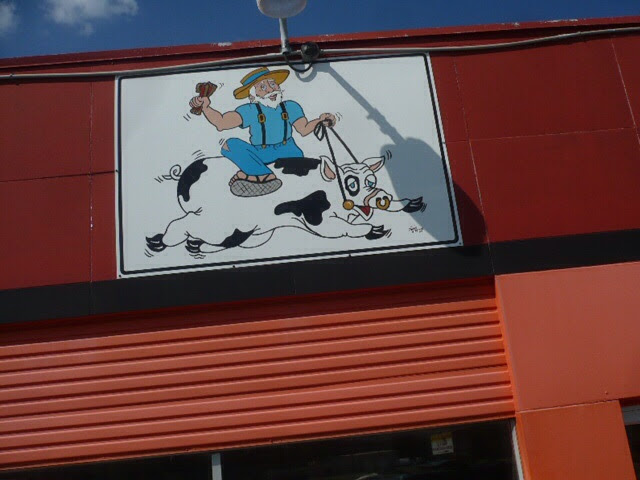 That pig does not look like the typical BBQ pig who is laughing or smiling.
The owner was very friendly and served me a brisket sandwich, which was delicious. I had been riding all day though and was still hungry, so I ordered a couple of Maryland crabs (I was in Maryland by now). These crabs were $1/each. Yes that's not a misprint, ONE DOLLA each. I would say that around 3 crabs would equal a small lobster so you do the math. And they were delicious: 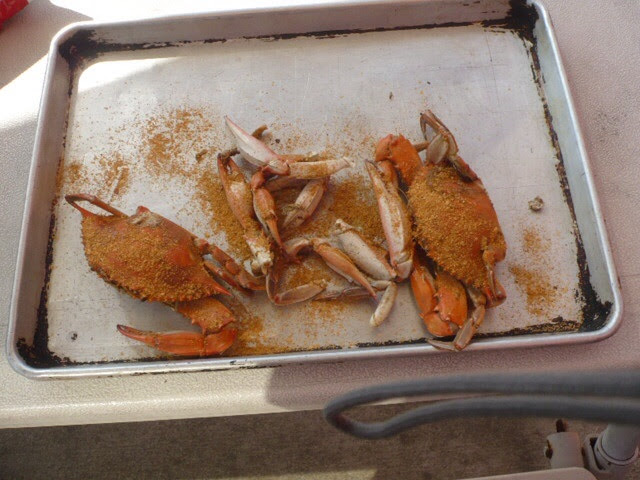 I wasn't sure how to eat them, so the owner's mom came out and helped me (I have forgotten her name): 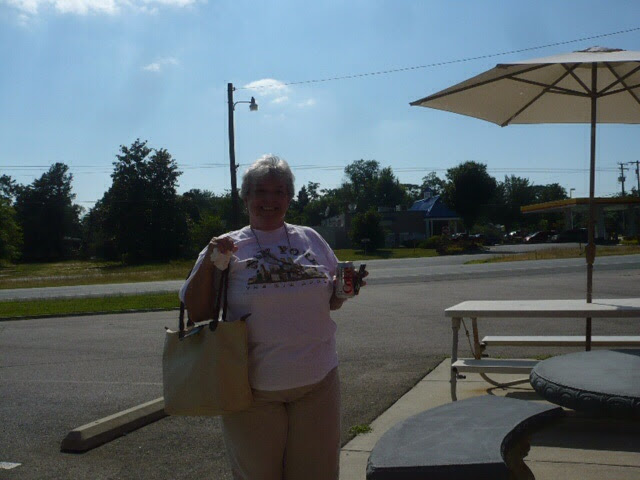 She was very friendly and even fed me crab by hand! How's that for hospitality! 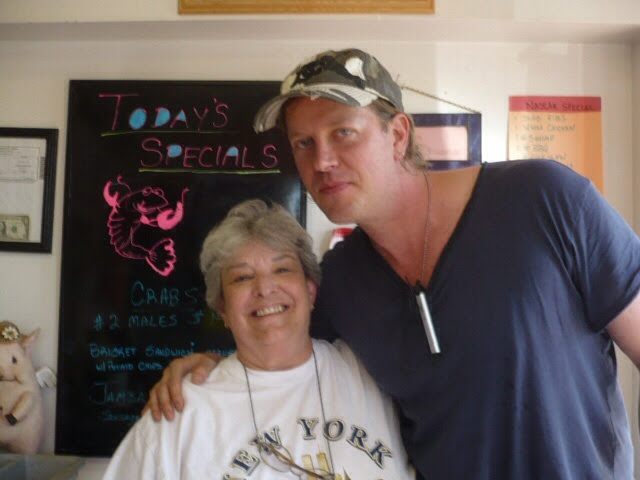 She and her late husband used to have two restaurants at this site: "Cajun Creations" and "Crazy Rays". They combined them into "Crazy Cajuns". I think this was a good move: "Cajun Creations" sounds like a Shreveport floral shop, and "Crazy Rays" sounds like a discount appliance store. Good move mom!
My GPS decided that despite the "avoid Interstates" setting, to take me on the biggest Interstate with the most traffic. It's hard to see in this photo but if you enlarge it you can see traffic is backed up: 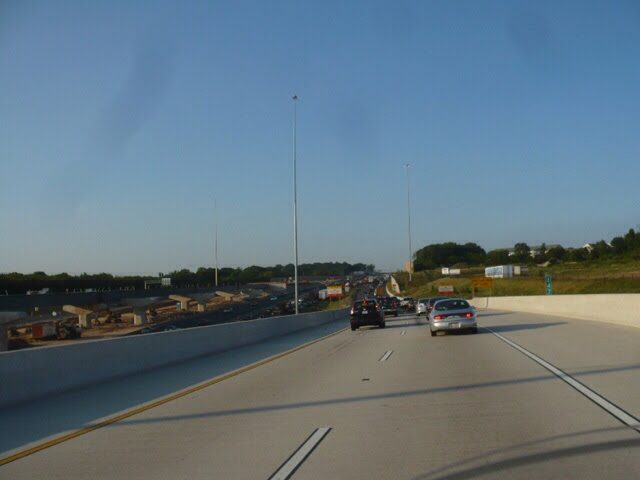 Something about the traffic patterns around Baltimore felt dangerous. People drove recklessly, there were lots of quick turnoffs and road construction. I wanted to find a campsite but there are none around Baltimore and the sun was setting.
So I stopped at a local hotel: the Williamsburg Inn. They use this old-fashioned device called a "metal key"" 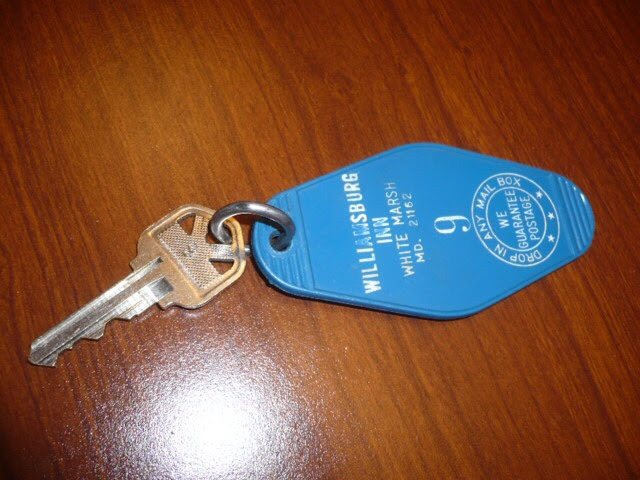 I'm not sure where you plug it into the computer.
- Posted using BlogPress from my iPad
Posted by archeopterix at 4:51 PM